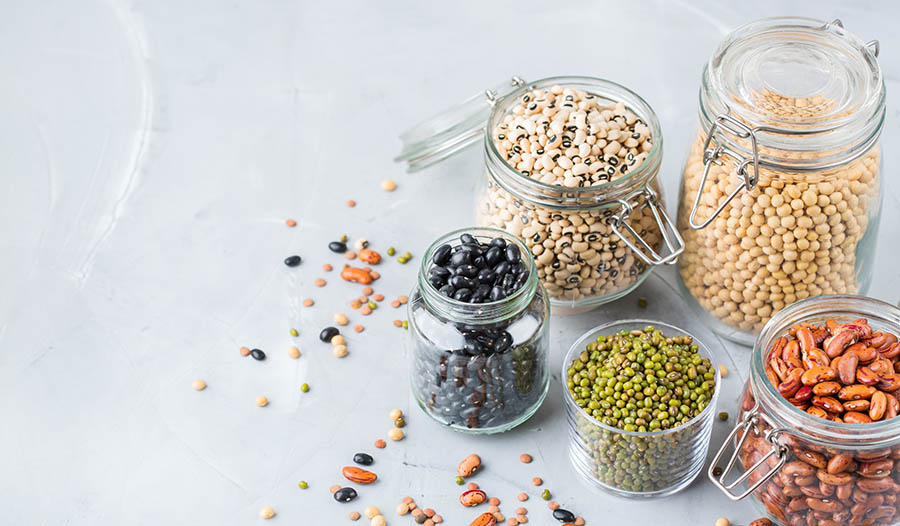 Isoflavones are organic (carbon-containing) compounds that are related to flavonoids, a class of potent antioxidants. The main dietary sources of isoflavones are legumes, especially soybeans and soybean-containing products. A type of phytoestrogen — a plant that has estrogen like hormonal properties — isoflavones are also potent antioxidants and have been shown to have anti-inflammatory and anti-bacterial properties. Scientists believe they may also play a role in the prevention of various chronic diseases, including heart disease and cognitive impairment.

Isoflavones may provide either pro-estrogen or anti-estrogen activity, depending on pre-existing estrogen activity. Studies have shown that women in menopause who consume higher amounts of soy products and soy isoflavones experience fewer hot flashes and report improved quality of life. They also experience more optimal bone health, which can help prevent osteoporosis and ultimately bone fractures. Additionally, diets rich in legumes and soy foods may help to reduce the risk of developing chronic breast disorders.

Legumes are the most common source of isoflavones. They include:

Isoflavones are believed to have health-promoting properties with positive effects to the following health concerns.

As we age, our bone density is reduced. Though women are affected more than men, both are at risk for osteoporosis, a bone disease that affects an estimated 200 million people worldwide. Before a person develops osteoporosis, they experience a condition called osteopenia, where the bones become thinner than normal. Once osteoporosis occurs, bones become even thinner and more fragile. Isoflavones from soy may provide a protective benefit.

A 2012 systematic review study of women in menopause found that those who consumed soy isoflavones increased their bone density by 54 percent while decreasing bone resorption by 23 percent when compared to women who did not consume isoflavone supplementation.

A 2017 study evaluated the bone health of 200 menopausal women. After six months, the researchers concluded that soy isoflavones resulted in a beneficial effect on bone health, an effect similar to some prescription medications. However, an increase in TSH (thyroid-stimulating hormone) was seen, which is an undesirable outcome. Fortunately, a simple blood test can be done to ensure that a person’s thyroid does not become underactive.

In contrast, a 2015 study in women who were breast cancer survivors found that intake of more than 62 grams per day of soy isoflavones was associated with reduced bone density in the women’s forearms, a location where bone density can be easily measured. However, this study was an outlier.

Lastly, a 2017 study in the American Journal of Clinical Nutrition evaluated red clover extract isoflavones and probiotics. The combination, when compared to placebo, resulted in a reduction of bone loss over the course of a year.

If you have prescribed medications to help treat thin bones, do not stop your medication without first consulting with your physician. Isoflavones may provide additional benefits.

Heart disease is a leading killer in the United States, Europe, and Asia. Unfortunately, as more countries adopt the Western lifestyle in place of their healthier ancestral diets, heart disease and premature death from heart attacks will continue to progress.

In the United States, alone, deaths due to heart and vascular disease unnecessarily kill almost one million people every year. Ten times that number die worldwide from heart disease. High blood pressure is one of the leading risk factors for heart disease — more than a billion of the world’s 7.6 billion people have high blood pressure. Tobacco use, inactivity, and a poor diet also significantly increases risk.

A 2018 study evaluated the effect of soy isoflavones on heart disease risk in menopausal women. Two hundred women were randomized to receive 15 grams of soy protein (which contained 66 mg of isoflavones) versus 15 grams of soy without isoflavones. The women in the study were given the supplement in the form of a food bar that was eaten between meals. The study lasted for six months.

Obesity is quickly becoming a worldwide health issue. Along with it comes an increased risk for diabetes and, as a result, many other health issues, including heart and kidney disease. Diet and exercise are important, and soy isoflavones may also be beneficial.

Hot flashes commonly occur in women during the pre-menopausal and menopausal periods of life. Often uncomfortable, these sudden flashes of warmth are caused by fluctuation and/or rapid changes in estrogen hormonal levels. Fortunately, not all women are affected. Those who are may experience symptoms that last only a few years, while other women may have symptoms that linger for more than a decade.

Concerns for side effects from hormone replacement medications have led many women to consider more natural alternatives to improve menopausal symptoms. Soy isoflavones are one such alternative.

A 2013 study on isoflavones, by Cochrane Review, looked at 43 randomized controlled trials, which included a total of 4,364 participants. Researchers felt a strong placebo effect was present. Overall, they concluded there was no conclusive evidence of the benefit of isoflavones. However, the researchers did comment that four trials that were not included — which included patient intake of 30 grams or more of genistein — did show isoflavone benefit in preventing hot flashes. Therefore, if you are consuming a soy isoflavone supplement for hot flashes and night sweat symptoms, ensuring the presence of genistein should be considered. This ingredient should be listed on the label.

A 2015 isoflavone meta-analysis and systematic review study analyzed 15 randomized controlled trials that included women ranging in age from 49 to 58 years. Based on the findings, the researchers concluded: “Phytoestrogens appear to reduce the frequency of hot flashes in menopausal women, without serious side-effects.”

A 2015 study compared soy isoflavones to estradiol, a prescription medication frequently prescribed by doctors. The results showed that more time was needed for the soy isoflavones to be effective in controlling menopausal symptoms. Specifically, at 13 weeks, isoflavones achieved half of their total effectiveness and required 48 weeks to reach 80 percent of their effectiveness. Alternatively, prescription estrogen required three weeks to become effective. Consult with a physician for the best option for individual needs.

A 2016 review published in the Journal of the American Medical Association (JAMA) reviewed 62 studies that included 6,653 women. They found that the use of phytoestrogens that included isoflavones was associated with a decrease in the number of hot flashes and reduced vaginal dryness, both common menopausal symptoms. However, there was no difference in night sweats. Additional studies were recommended.

Lastly, a 2017 double-blind, randomized controlled trial found that the combination of red clover isoflavones (>34 grams/day) and probiotics was more effective than a placebo alone in reducing hot flash symptoms in this 12-week study.

As the population ages, cognitive impairment, dementia, and other neurodegenerative diseases are becoming increasingly more common worldwide. While researchers study ways to prevent and treat these conditions, many people frequently supplement with B vitamins and turmeric to help optimize brain health. Isoflavones may also be beneficial to brain wellness.

A 2017 study that reviewed 15 studies on isoflavones concluded that soy isoflavones, “improved executive function and memory domains of cognitively normal older adults in half of the included studies, mostly with medium effect sizes.” Further, a 2018 study also suggests that isoflavones may be beneficial for those with Alzheimer’s disease, the most common cause of dementia.

Note: One should never ignore the advice of her physician when it comes to chronic disease treatment. This information is purely for educational purposes.

Isoflavones and Colon and Stomach Health

Worldwide, one in 20 people is at risk for developing colon cancer, the third most common cancer worldwide. A diet high in plant-based fiber is a helpful measure to prevent colon complications along with routine colon-screening using a colonoscopy after the age of 50. Some may need to be screened earlier.

A 2008 study showed no protective benefit against colon cancer in those with a high intake of soy isoflavones, miso soup, and soy foods. However, a 2010 study showed that women who consumed a high level of soy in their diet had a 21-percent reduction in colon cancer risk. This study did not show any reduction in men.

Lastly, a 2016 study in the European Journal of Nutrition showed that increased intake of soy-rich foods was associated with a small reduction in stomach (gastric) cancer risk. There is no evidence that soy isoflavones are helpful in those already diagnosed with colon or stomach cancer. Again, this information is for educational purposes only and is not a recommendation for treatment.

Eating a diet rich in fruits and vegetables but low in sugar and simple carbohydrates helps keep the prostate healthy. Being overweight and obese also increases the risk of developing prostate enlargement.

It is believed that isoflavones block the growth-promoting effect of testosterone on the prostate.

A 2009 animal study using rats showed that soy isoflavones inhibit prostate enlargement. In addition, a 2012 study concluded, “This randomized control pilot study showed only slight superiority of isoflavones over placebo over 12 months with otherwise surprising beneficial effects in both groups.”

Lastly, a 2014 study in Evidence Based Complementary and Alternative Medicine showed that the soybean isoflavone seoritae could help reduce prostate size and may be beneficial in those with benign prostate enlargement.

Personally, I have also had many patients benefit from prescription medications for prostate enlargement. Overall, the medications are well tolerated and have few side effects. However, for those wanting to avoid medications, isoflavones have been considered. 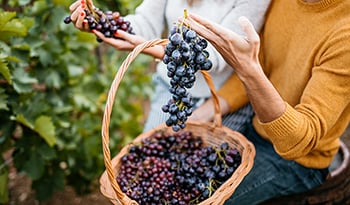 Resveratrol: A Powerful Antioxidant That Might Benefit Mental Health

56,927 Views
Resveratrol (RSV) is a naturally occurring polyphenol that functions as a phytoestrogen. It is found in berries, nuts, grapes, and other plant sources that are widely used in Asian medicine. 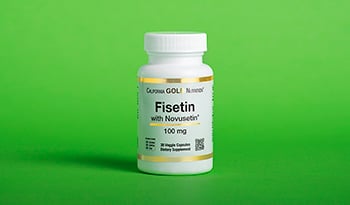 Have You Heard of Fisetin? This Antioxidant May Have Brain and Memory Benefits

38,962 Views
Fisetin is a flavonoid found in fruits and vegetables. Studies have shown that it may have beneficial effects on brain health and memory. 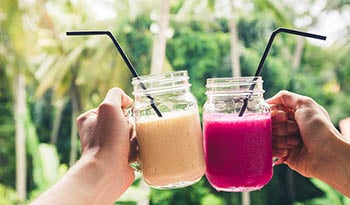 8 Antioxidants to Incorporate Into Your Diet

25,236 Views
You’ve probably heard that you should be incorporating more antioxidants into your diet, but what exactly are antioxidants and where can you find them?