A 5-minute Guide To Glutathione: Why It’s Important For Immune Function

One of the most important compounds that every cell in your body produces is glutathione.

Glutathione is a small protein molecule composed of the amino acids glutamate, cysteine, and glycine.

Glutathione helps protect our cells from damage as well as aids in detoxifying harmful compounds.

Over the course of 100 years of research, more than 100,000 scientific papers have established maintaining cellular glutathione levels as one of the most important keys in maintaining proper cellular function, immune health, and slowing the aging process.

‌‌‌‌What Happens When Glutathione Levels in the Body are Low?

Glutathione levels tend to drop as we age, as well as when we are exposed to toxins, drugs, environmental pollution, and any other compound that causes oxidative damage. Even something as simple as taking acetaminophen (e.g., Tylenol) can cause glutathione levels to plummet. Low levels of glutathione are linked to accelerated aging and almost every chronic disease, especially those associated with aging like cognitive decline, type 2 diabetes, and many forms of chronic disease.1,2

Being older is a well-recognized risk factor for severe illness, complications, and death from a variety of causes including viral infections. Lower glutathione levels make cells more susceptible to oxidative damage. Low glutathione levels can also impair the immune system as well as the protective barriers in the respiratory and gastrointestinal tract.

The same impairments exist in these conditions:

During this time of increased focus on immune health, it is important to understand how important glutathione is in protecting against infections. What the research is quite clear on is that higher cellular levels of glutathione are associated with a person having the proper response to viral infections.3 This effect is due to glutathione protecting immune cells from damage as well as enhancing immune functions that are critical to protecting against viruses.4 Glutathione has also shown direct effects in blocking the replication of various viruses at different stages of its life cycle.5 These antiviral properties of glutathione are thought to help prevent increased viral loads and the subsequent massive release of inflammatory cells into the lungs seen with certain viral illnesses.

Diet can help raise glutathione levels, but only to a limited extent. The human body, mainly the liver, makes about 8,000 to 10,000 mg of glutathione daily. To put this amount into perspective, a healthy diet rich in fresh fruit and vegetables may provide about 150 mg of preformed glutathione per day. That said, the cell strives to hang on to glutathione so the cumulative effects of higher dietary glutathione intake are certainly an important goal. Asparagus, avocado, and walnuts are particularly rich dietary sources of glutathione.

Lastly, a study in animals in 2018 showed that glutathione is directly absorbed in the intestine, is then transported in the blood bound to proteins, and is finally delivered to the liver where it is then utilized in cellular protection and detoxification reactions.11

‌‌‌‌What is NAC and How Does it Boost Glutathione?

N-acetylcysteine (NAC) is a form of the amino acid, cysteine – the key amino acid of glutathione. Taking NAC as a dietary supplement to boost tissue levels of glutathione. NAC supplementation can boost glutathione levels and is especially helpful in protecting the lungs and respiratory tract, and gastrointestinal tract from damage.14-17 NAC is also the treatment of choice in the treatment of acetaminophen (Tylenol®, paracetamol) toxicity. Acetaminophen is metabolized to toxic compounds that deplete liver glutathione stores and subsequently damage the liver. At high enough levels or coupled with alcohol ingestion this depletion of glutathione by acetaminophen can be fatal.

NAC is also a mucus modifying agent. It has been used orally with great success as well as in hospitals through breathing tubes to help people dealing with inefficient or thick mucus in acute and chronic lung conditions such as emphysema, bronchitis, chronic asthma, and cystic fibrosis.

NAC can help to reduce the viscosity of bronchial secretions. NAC has also been found to improve the ability of cilia in the respiratory tract to clear mucus, increasing the clearance rate by 35%. As a result of these effects, NAC improves bronchial and lung function, reduces cough, and improves oxygen saturation in the blood when the respiratory tract is being challenged.

For protection and boosting glutathione levels in the lungs, the dosage is generally 500 to 1,000 mg daily. For use in reducing mucus thickness, the typical dosage is 200 to 400 mg three to four times daily.17-19

‌‌‌‌Which is Better? Glutathione or NAC?

In answering this question, it is important to state that both forms have shown clinical benefits, and choosing one over the other is a bit like splitting hairs. The advantage of glutathione is that it is the preformed, active compound. The advantage of NAC is that it may be a more effective mucolytic and a better choice when the respiratory tract mucus is thick and sticky.

This article was written by Dr. Michael Murray, iHerb's Chief Scientific Advisor. For over three decades, Dr. Murray has been a thought leader, author, and expert in nutrition, dietary supplements, and natural products. He has published more than 30 books, including the bestselling Encyclopedia of Natural Medicine, now in its fifth edition, which has been used by over 100,000 health care professionals across the globe. Learn more about him on DoctorMurray.com or his iHerb Page. 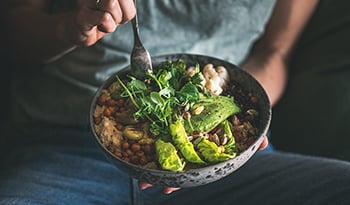 Why NAC and Glutathione are Important for Immune Health and More

105,167 Views
NAC is a potent antioxidant used to treat paracetamol toxicity by replenishing stores of glutathione. It may also benefit immune, respiratory, liver health, and more. 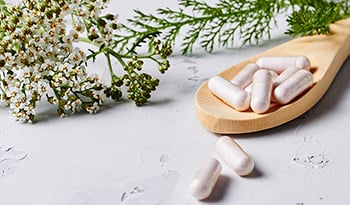 A 5-Minute Guide to Serrapeptase: Why It’s Important for Respiratory Health

54,080 Views
What is serrapeptase? What are its health benefits? And why is it important for respiratory health? A naturopathic doctor weighs in. 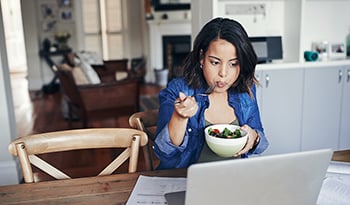 101,954 Views
Quercetin is a flavonoid known for its effects on the immune system. It may help protect our cells, have antioxidant effects, reduce inflammation, and more.