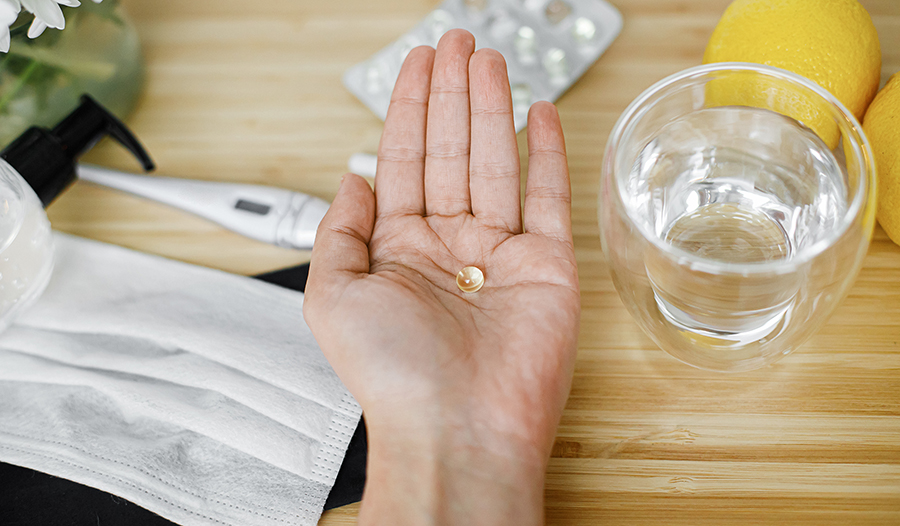 Vitamin D3 is called the “sunshine vitamin” because sunlight hitting our skin changes a compound (7-dehydrocholesterol) in the exposed area of skin into vitamin D3. This form of vitamin D is also available as a dietary supplement. Twenty to thirty minutes of mid-day exposure to sunlight on a large portion of exposed skin can produce about 10,000 to 20,000 IU of vitamin D3.

Once the skin forms D3 or it is ingested as a supplement it is transported to the liver and converted by an enzyme into 25-hydroxyvitamin D3 or 25-OH-D3. When you get a blood test for vitamin D3 it is this form that is being measured. 25-OH-D3 is then converted to 1,25-OH2-D3 in the kidneys. This form is the most potent form and is about ten times more potent than vitamin D3.

Liver issues, including the common liver issue that occurs in people who have type 2 diabetes and/or obesity (non-alcoholic fatty liver), can lead to lower blood levels of 25-OH-D3 even if the intake of vitamin D3 is sufficient because of impaired conversion of D3 by the liver. Problems with the kidneys lead to low levels of 1,25-OH2-D3 and that can have a negative effect on calcium metabolism and bone health.

‌‌‌‌What Are The General Health Benefits Of Vitamin D3?

Vitamin D3 has several important functions in the body. Most people know that it is important for the normal growth and development of bones and teeth, as well as being important for the immune system. But vitamin D3’s benefits go well beyond these basics. Scientists have identified nearly 2,700 genes that vitamin D3’s metabolites are critical in binding to and regulating, including the largest number of these genes involving influencing white blood cell function.

A large amount of research has shown that vitamin D deficiency occurs throughout the world.

Vitamin D3 deficiency is defined as having a blood level of 25-OH-D3 of less than 25 ng/ml. Normal is considered 30-50 ng/ml, but most health experts consider a blood level of 50 to 80 ng/ml as the target range for optimal health.

‌‌‌‌What Are The Risk Factors for Vitamin D3 Deficiency?

Dietary sources of vitamin D3 are insufficient in most circumstances to meet D3 requirements. Sun exposure is highly variable in maintaining adequate blood levels of D3. Supplementation is required in most circumstances. While some people can achieve an optimal level with just 600 IU per day (or 20 minutes of daily sunlight exposure) others may require as much as 10,000 IU per day. Most health experts are recommending supplementation with a dosage of vitamin D3 in the range of 2,000 to 5,000 IU daily. The only way to determine where a person may fall is by testing. Many doctors are now routinely checking the vitamin D status of their patients.

Several meta-analyses have shown that individuals with higher blood levels of vitamin D3 as well as vitamin D3 supplementation are associated with a reduced rate of developing respiratory tract infections due to viruses.1-3 The most well-respected of these studies is a review that appeared in the British Medical Journal.2  Researchers evaluated 25 randomized controlled trials that included 11,321 participants, ranging from infants to individuals 95 years of age. What the researchers discovered was that when individuals with vitamin D deficiency were given daily or weekly vitamin D supplementation, they experienced a 70% decrease in respiratory tract infection rate. In those without vitamin D deficiency, a 25% reduction in respiratory infections was noted after supplementation. Interestingly, in this study, single large dosages (e.g., “bolus” doses greater than 60,000 IU) in adults were NOT effective. This finding illustrates that daily supplementation is preferred.

That said, a 2017 study in the Journal of the American Geriatric Society compared a low dose vs. high dose of vitamin D given as a single monthly dosage to elderly subjects living in a nursing home in a four-year study.3 The high dose group received 100,000 IU of D3 each month (equal to about 3300 IU daily) while the low dose group took an average of 400 to 1,000 IU/day of D3 along with a placebo monthly dose. These results are significant, but given the results seen in other studies, daily supplementation (e.g., at 3,000 IU per day) may have produced even better results than a single monthly dose of 100,000 IU.

There is a considerable focus on immune function in fighting viral illness right now. Not only in our personal lives, but also in medical research. In particular, there is a lot of exciting research coming out.

Recently, several governments, including the United Kingdom, are considering distributing vitamin D supplementation as a public health strategy to people most at-risk of viral respiratory tract infections. A preliminary report from a program being conducted in nursing homes in the Andalusia region of Spain produced an 82% drop in mortality from respiratory tract infections.

Fortunately, waiting for governments to give away D3 may not be necessary given how affordable it is. The bottom line is that it is critical to get vitamin D level up into the safe zone of at least greater than 34 ng/ml. That usually requires a daily dosage of 2,000 to 5,000 IU of vitamin D3.

Previous Article
Have Gas And Feeling Bloated? Here's What Your Gut Is Telling You
Next Article
7 Steps to Naturally Detox Your Body

9 Ingredients To Look For In An Immunity Supplement

Looking to boost immune health? A doctor explains why ingredients like maitake mushrooms, green tea extract, and ginger are important for the immune system.

How can we support our kids’ immune systems? A doctor explains how supplements like vitamin D, zinc, vitamin C, and more may provide natural immune support.

Probiotics are good bacteria that can help us have healthy immune systems. This article digs into the benefits and research of consuming probiotics.